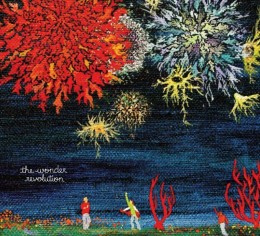 A refreshing release filled with depth, warmth, and a childlike wonder, Dots is the manifesto for the Wonder Revolution. The first of two releases by the collective, Dots is a single composition spread across two tracks performed by an ensemble cast of Kansas musicians.

At times the work recalls Lord’s band Solagget and the groups that influenced that trio––The Sea and Cake, Tortoise––but there’s an added element of the unknown that gives this collective its own identity and which will leave the listener wanting to return to the unique world Lord has created on Dots.