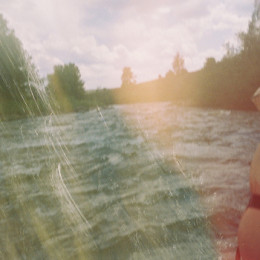 Less than six months after releasing debut Happens, on June 21, Sighs released their sophomore album Fabric, honing in on their sound even more with less filler tracks and having more complex structures of tracks yet still having the nooks and crannies that made Happens so special.

Fabric was rereleased on Air House Records in April of 2014.

all songs written and recorded by Benjamin Snook and Aaron Gable