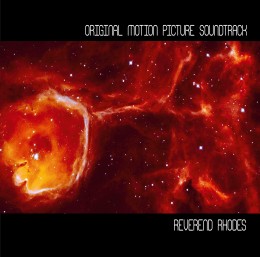 Original Motion Picture Soundtrack features 13 original compositions that make you want to see the film––even though the film doesn’t (yet) exist. More than an homage to film scores it’s evidence of a master musician and composer practicing his craft; “Main Title (What Is Happening to Man?)” and “The Other Side of the Wormhole” are but two of the best examples of this truth.

Written and recorded by Rodine circa 2006 with vocal contributions from acclaimed singer-songwriter Hawley Shoffner (credited here as Aley Shoffner) this is an excellent companion piece to the Reverend’s other Air House release, 3910.