Various Artists: Coming Together for a Cure, Vol. 2 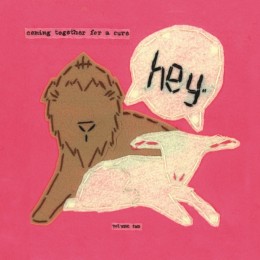 Buy Coming Together for a Cure, Vol. 2 on iTunes

3. Written, recorded, and mixed by John Dwyer at his home studio

6. Recorded and mixed by Will Hunt at Spaceway Studios, Ft. Worth, TX.

15. Written by Beau Jennings. Engineered and Mixed by Jarod Evans and Chad Copelin at Blackwatch Studios in Norman, OK. Additional engineering by Devin Greenwood at The Honey Jar in Brooklyn, NY. Mastered by TW Walsh Design by Arts & Recreation.

All tracks mastered by April Golden at Golden Mastering in Ventura, California.