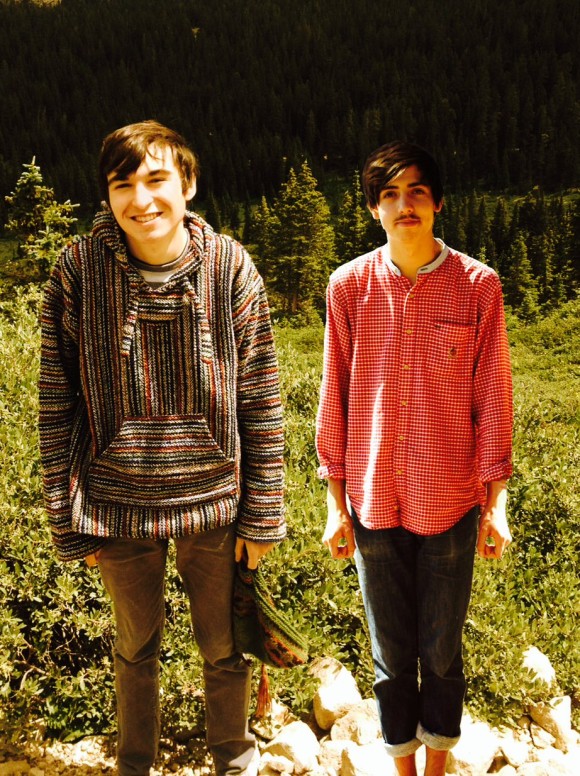 A sigh is a complex human emotion. It can be perceived as either positive or negative emotion within humans.  From listening to the music Wichita-natives Benjamin Snook and Aaron Gable craft in their two 2013 self-released LPs Happens and Fabric, “sighs” would be something more than a negative or positive emotion.  Perhaps something less black and white about it, perhaps beyond what transcends as “human emotion”.

Debut, Happens, was first self released January 24, 2013,  at a pay-what-you-want quota featuring an immense plate of electro-acoustic abstractions. One could call it a “bedroom record”, but sighs explores nature and other miscellaneous sounds more than what the average record of this aesthetic does. Less than six months later on June 21, sighs released their sophomore release Fabric, honing in on their sound even more with less filler tracks and having more complex structures of tracks yet still having the nooks and crannies that made Happens so special.

Perhaps it’s the heart-wrenching structurally advanced of “February Summer” and its earthly wails amongst a wonderfully melodic build-up or maybe these less than thirty second clips of samples and intangible ambience like “Womb” or “Neighbours” that stands sighs out from the crowd.

Both Happens and Fabric were rereleased on Air House Records in April of 2014.